Sex and Violence in Youth Ministry 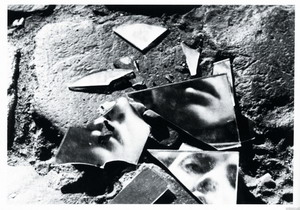 In today’s urban dating culture many express how frustrating and unsatisfied they are because dating patterns encourage young men to be aggressive and young women to be accommodating.

Unfortunately, sex and violence are so intertwined for men that an easy separation is impossible.  Violence is constantly glamorized and sexualized in the urban culture.  The multibillion-dollar pornography industry is the clearest example of how we learn that power and control are tied to sexual arousal.  Even in children’s comic books, popular music and videos, and magazine advertisements, we are constantly reminded that dominating and subduing women is sexy and arousing.  The primary message young men receive is that having sexual access to women and having someone sexually vulnerable to you are the quintessential signs of male power, the epitome of success.  Women are constantly shown accompanying other signs of male power and success, such as fast cars, fancy stereos, money, and guns.

Some of these images portray the women as protesting vigorously at first, then finally giving up and enjoying sex.  In this way young men are taught that women are somehow turned on by the aggression displayed by men.  They may protest or say no at first to protect their reputation, but when they relax and enjoy it, they will grow aroused by the man’s aggression.  If they don’t, then there is something wrong with them.

The result of this training is that men are given permission to use sexual aggression to control women, to deny what they’re doing and then assert that it’s no big deal anyway.  If this goes on long enough it soon becomes the norm.  Young men assume this is the way relations between men and women are naturally.  If there is any guilt or remorse, the young women gets the blame.

There are so many layers of aggression, blame, and denial that there is no way for young men to see the impact their thoughts and behaviors have on the women around them.  We can even use the Scriptures to reinforce these ideas that women are inferior, further damaging the inherent dignity and value each young woman has, leading to a fractured image of who she was created to be by God.