The Cost of Coming Out 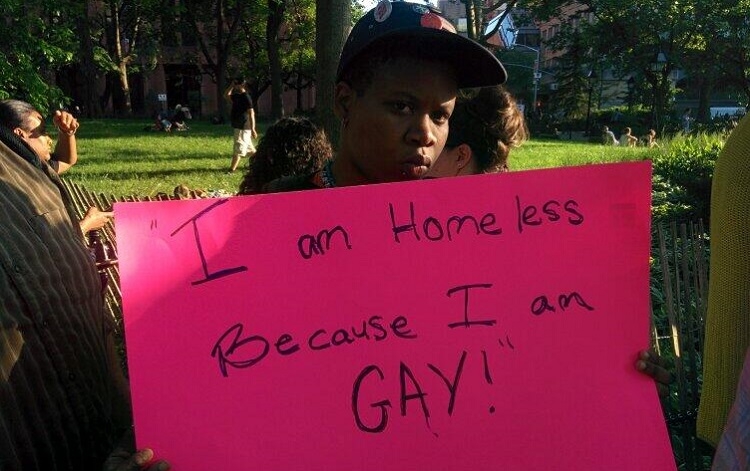 Homelessness is a critical issue for America’s youth. According to the True Colors Fund, a nonprofit organization working to end homelessness in the LGBT community, 1.6 million youth are homeless each year and up to 40 percent of them identify as LGBT. Because LGBT youth represent only 7 percent of the total youth population, there is a staggering disproportion of homelessness among these populations.

Despite this sobering statistic, there are currently no federal programs specifically designed to meet the needs of gay and transgender homeless youth. This means that, in many cases, LGBT youth are left without the resources and assistance provided to other homeless populations.

Youth-serving professionals should have a clear understanding of the unique needs, risk factors, and challenges facing LGBT homeless youth in order to design and deliver the best possible services to their clients.

A Subpopulation at Risk

For all youth, homelessness has a negative effect on normal development. The National Alliance to End Homelessness (NAEH) defines this demographic as “unaccompanied youth aged 12 to 24 years,” and includes four major categories: runaway, transitory or episodic, unaccompanied homeless youth, and street dependent youth. In terms of LGBT demographics, the NAEH reports that homeless youth are disproportionately African-American or American Indian and are often from lower-income communities.

Homelessness can lead to mental, physical, and behavioral issues that last a lifetime.

Aside from being at greater risk for homelessness, LGBT youth are also likely to become homeless at younger ages, according to Child Trends, a leading nonprofit research organization focused on improving the lives of children, youths, and their families.

There are regional differences in LGBT youth homelessness as well, with higher percentages on the East and West Coasts. In Seeking Shelter: The Experiences and Unmet Needs of LGBT Homeless Youth, the Center for American Progress reports that 25 to 50 percent of the youth homeless population identifies as LGBT in those regions compared to 10 to 25 percent in the Midwest. “It is possible that homeless LGBT youth migrate to the coasts to seek more accepting communities or places where there are greater legal protections or programmatic options to serve LGBT communities,” the report continues.

“Half of all teens get a negative reaction from their parents when they come out to them,” and more than one in four are forced to leave their homes.

According to a study by the Williams Institute, which surveyed 354 agencies that work with LGBT homeless populations, 68 percent of clients have experienced family rejection. The NAEH reports similar findings, noting that youth consistently report severe family conflict as the primary reason for their homelessness.

Family rejection at young ages can have lasting negative effects, and unfortunately, LGBT youth experiencing homelessness don’t always find a safety net in their communities. The NAEH notes that there is a national shortage of youth shelters and housing programs, which can lead to youth being denied assistance upon leaving their family homes.

Social services can be a short-term solution, but studies show that “12 to 36 percent of emancipated foster care youth will report being homeless at least once after discharge from care,” the NAEH reports. Youth may also leave their housing placements to avoid unfair treatment, abuse, or harassment, the Center for American Progress notes.

LGBT youth are also underserved when it comes to health care services. The True Colors Fund notes that there is a shortage of clinics and facilities that meet the population’s unique needs. In addition, some facilities won’t treat minors without the consent of a parent or guardian. While a growing number of facilities and organizations are dedicated to providing care specifically for LGBT homeless youth, there is still much work to be done.

Because they are often without a family to turn to, LGBT homeless youth are at risk of mental health issues, substance abuse, crime, and victimization. According to the On the Streets report, “The instability of homelessness causes physical and emotional stress for homeless youth. When combined with the stigma of a gay and/or transgender identity, this stress can cause youth to experience mental illness.”

These mental health risk factors can increase the likelihood of risky behaviors like substance abuse and unprotected sex. According to the Seeking Shelter report, “42 percent of gay homeless youth abuse alcohol compared to 27 percent of heterosexual youth,” and intravenous drug use is significantly more common than among heterosexual homeless youth. Child Trends reports that 58 percent of LGBT youth reported having been sexually victimized as well.

Living a homeless or transient lifestyle can also lead to crime. The Seeking Shelter report notes that family rejection and involvement in the juvenile justice system are “undeniably intertwined,” and leaving home because of family rejection puts youth at a higher risk of involvement with the juvenile justice system in the future. “This is in part because running away from home is often a status offense that triggers judicial intervention,” the report explains.

Perhaps most significantly, the report notes that homelessness, system placement, and involvement in the justice system may be cyclical:

“Incarceration and involvement in juvenile justice systems for these youth is caused by the criminalization of homelessness itself … LGBT homeless youth may thus be both driven into homelessness because of their relationship to juvenile justice and child welfare institutions, and are driven back into these systems due to their lack of housing.”

What are the resources available to you and the LGBTQ youth you serve in your local community?

3 thoughts on “The Cost of Coming Out”