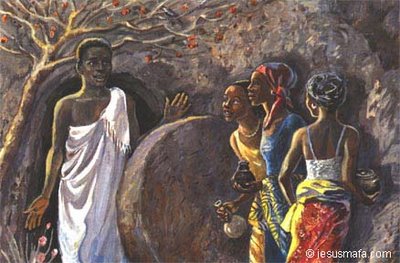 It was a Sunday morning my senior year of college. I was sitting in church with my fiancé and his family as I thought about how nice the service was: the music was incredible and the people were really friendly.

But then came the sermon.

I began to feel a little uneasy when the pastor started reading 1 Corinthians 14 about women remaining silent in the church. And things only got worse when the pastor continued to preach about how women had their own special “roles” in the faith community… And that these “roles” did not include teaching adult men, preaching, or serving as pastors, among other things.

This greatly troubled me… as I had been raised in a church with a female pastor, in a family where women were seen as equal to men and could be anything they wanted to be, and where I – myself – started to feel called into ministry in high school.

At a young age, I met and had fallen in love with a Jesus who loved me for who I truly was and who – despite my struggles, faults, and failures – kept washing my feet, calling me his “beloved,” and for some odd reason kept urging and empowering me to follow him.

But there – on that Sunday morning with my fiancé and soon-to-be in-laws – this Jesus I loved was being silenced. He was being beaten down, spit on, and mocked.

And this was not the only place I heard these messages… I had been hounded by “you cant’s” because I was a woman in my campus ministry since my freshman year and would continue to be hounded by them later in my marriage for many years until my divorce.

The Jesus I knew for so long – who had been my true friend, advocate, and encourager – was on trial and the prosecutors were winning. And I began to fear that I would never see or hear from him again.

I wonder if this was how the women who knew and loved Jesus felt as they watched him from afar during his arrest, his trials, and as he slowly and painfully journeyed toward the cross.

The Jesus who had allowed women to touch his cloak, rub his feet with their hair, sit in the places where disciples sat, and who rebuked the men who criticized such women was now being spit on and mocked. The Jesus who not only taught these women the Scriptures but also empowered them to speak their voices and allowed them to accompany him on his ministry was now being flogged. The Jesus who had loudly and boldly proclaimed that these women – “the least of these” – were just as cherished and beloved in God’s Kingdom as any man was now being silenced, as he was forced to walk – with a crown of thorns on his head and a heavy cross over his back – toward his violent death.

I wonder what those women who loved this radical Jesus thought as they gazed up through their tears at his broken and bloody body as it hung silently and still on the cross.

Would they ever see or hear from him again? Were they really going to be cherished in the Kingdom of God or was all that he had proclaimed and done for them done in vain? Was Jesus truly the One he said he was or did they completely misunderstand him?

Who would advocate for them now?

Their grief, confusion, and anger over the loss of their beloved Jesus must have been incredibly overwhelming as they heard Jesus cry out in anguish on that dark night: “My God, my God, why have you forsaken me?” and watched him take his final breath.

And yet, in the midst of this grief, confusion, and anger, some of these women decided to go back to his tomb after he was buried. We don’t know why. It may have been the same reason they chose to follow him to the cross, while almost all of Jesus’ other disciples bailed out on him.

Maybe they wanted to make sure the tomb was being taken care of, just like he had made sure they were taken care of. Maybe they needed more opportunities to say what they didn’t have the chance to say to Jesus before his arrest. Maybe they thought they would feel closer to him if they were close to his body.

Or maybe they held onto hope that this Jesus really was the One he said he was, and that death would not defeat him.

Whatever the reason, they went back to the tomb.

And it must have been a shocking and horrifying moment when the women found the tomb empty. Had someone stolen Jesus’ body? What did this mean for them now?

And yet, they must have been even more shocked when they were greeted by their loving Jesus, himself – before anyone else – and were commissioned by him to be the bearers of the good news of his resurrection.

The Jesus they knew and loved really was the One he said he was. And this Jesus who loved, advocated for, and empowered them before his arrest was now continuing to do so in and through his very death and resurrection.

When I felt voiceless as I heard and watched others mock and deny the Jesus I knew and loved, no matter how strong and loud their voices were, I could not give up hope that Jesus might still be the One I had experienced him to be. And so I followed him on that long, bumpy road toward his death. There were times when I felt hopeless: at the bottom of the cross, gazing up at what seemed to be just a broken and bloody body hanging silently from it.

And yet, somehow I felt a constant urge to keep returning to his tomb. To see if he was still there. To see if he was, indeed, the One I knew him to be long before. And though there were times I felt alone when I found the tomb empty, after continuously returning to it, I finally realized that those loud voices that led him to his crucifixion did not, in fact, win.

For there standing in front of me was the very Jesus I knew and loved for so long: calling out to and commissioning me – his beloved – to go out and spread this great news of his resurrection to all who fear that his death would keep him away forever.

For all the women out there whose loving Jesus has been crucified before your very own eyes: may you find hope in this Easter Story, as well. When others around you ridicule, spit on, and beat down the Jesus who has claimed and cherished you, follow him to the cross. When you witness his crucifixion, visit his tomb… over and over and over again.

The promise in this Easter story is that no matter how loud those voices are around you that mock and deny your Jesus, death will not defeat him. And though these voices wish to silence him, he is proclaiming on your behalf louder than ever as he hangs silently and still from the cross.

And in a few days time, the Jesus you once knew and loved will appear to you in full form – claiming you as his own and commissioning you – his beloved – to speak your voice and share this good news.

(This post was first posted on musingfromabricolage.wordpress.com in 2014 as a contribution to the Stories of Easter syncroblog hosted by Convergent Books.)

Rev. Emily Heitzman is an ordained Presbyterian (USA) pastor serving as the shared Pastor with Youth and Households at three ELCA congregations in the neighborhood of Edgewater in Chicago: Unity Lutheran, Ebenezer Lutheran, and Immanuel Lutheran.  She runs a collaborative, multicultural youth group that consists of youth from the three congregations as well as youth from the neighborhood. Emily loves hiking in the mountains, attending indie and bluegrass concerts, biking along Lake Michigan, and singing opera and musical theatre. She has a heart for youth, justice, and the Huskers, and can often be seen with coffee or a Guinness. Emily is one of the writers for The Pastoral Is Political feature on HTTPS://REVGALBLOGPALS.ORG. You can find more of her reflections, sermons, and youth ministry ideas on her blog at HTTP://MUSINGSFROMABRICOLAGE.WORDPRESS.COM and connect with her on twitter at @PASTOREMILYH.